Were you or a loved one sexually abused by a Catholic Priest, Clergy, or member of the Diocese?

If so, we can help. We offer free, confidential evaluations of Clergy sexual abuse claims, regardless of when the abuse occurred.

Contact us today at (303) 647-9990 or michael@denvertriallawyers.com to better understand your legal rights.

We have the knowledge and persistence to fight for justice for such victims, and we approach these cases with sensitivity and compassion.

Attorney Stinar was appointed to the Executive Committee and Negotiation Committee, seeking justice and compensation for more than 800 survivors of sexual abuse. 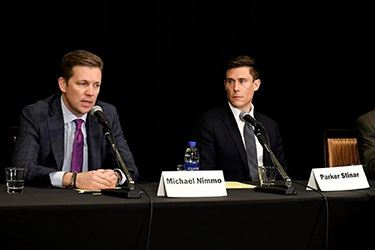 In 2019-2020, Nimmo served as the President of the Colorado Trial Lawyers Association, the largest specialty Colorado bar association with over 1,300 attorney members across Colorado. 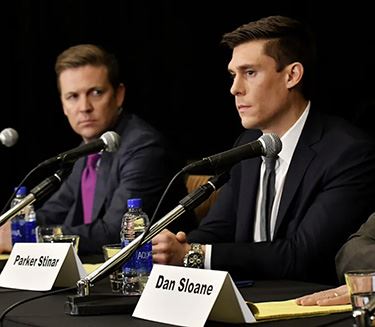 Michael continues to serve as an officer of the Colorado Trial Lawyers Association as the Immediate Past-President.

Stinar was previously a shareholder at a firm involved in representing survivors of sexual abuse by Larry Nassar, which settled for $500 million dollars.

They are both members of the American Association of Justice Sexual Assault Litigation Group.

On December 1, 2020, the Colorado Attorney General’s office released a Special Master’s Supplemental Report: Roman Catholic Clergy Sexual Abuse of Children in Colorado from 1950 to 2020. The report findings included 212 children who were sexually abused by 52 diocean priest.

Among the priests listed in the supplemental report was Father Charles Woodrich, known as Father Woody to his congregation.

The Attorney General’s office has identified the following priest:

On February 24, the Colorado Springs Police Department arrested a Catholic priest on a sexual assault charge.

Vincent Stites, a 49-year-old youth pastor, is accused of engaging in a consensual sexual relationship with an underage female youth group member in the mid-2000s. Stites was a priest at the Friendship Assembly of God church during the relationship.

The CSPD received a report of the inappropriate relationship last September. The department conducted a thorough investigation and officially charged Stites with one count of sexual assault on a child by one in a position of trust.

The Colorado Attorney General’s investigation of sexual abuse among Catholic priests continues to develop. If you or someone you care about was sexually abused by a priest or clergy member in Colorado, contact us at 303-536-5996 to discuss your case.

No matter when the abuse happened, victims are encouraged to contact Denver Trial Lawyers ®. Our attorneys have the expertise and sensitivity to help you navigate your case.